In 2008, 50 university students participated in a 3-month Peace Workshop at Bamiyan University in Bamiyan Province, facilitated by a Singaporean medical doctor and humanitarian worker Dr Hakim (Dr Teck Young, Wee). 16 of the students from six different ethnic groups agreed to live together for a semester to demonstrate the possibility of ethnic unity. Youth from other villages gathered to raise their voice of peace. Their first actions was a tent vigil at Bamiyan Peace Park, which they established. The U.S. Ambassador to Afghanistan promised to deliver their message to President Obama. Soon Afghan Peace Volunteers came in contact with international peacemakers, especially Voices for Creative Nonviolence in the US and UK, and the Fellowship of Reconciliation. In 2011 APV moved to Kabul, and officially registered themselves with the Afghan Ministry of Justice as a civil society group. Members of APV have visited Australia an India at invitations from different NGO’s. They have also been nominated to the Nobel Peace Prize.
We realize that to address global warming, we need to address socio-economic inequalities, and to address socioeconomic inequalities, we need to address militarism and wars. People across all borders are awakening to the reality that their daily struggles over seemingly ‘separate’ issues have common root causes
~ Dr Hakim

Welcome to our Borderfree Community 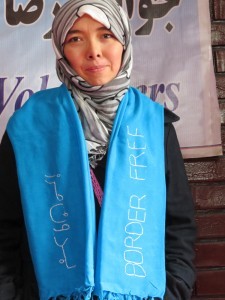 Borderfree Communities are ordinary people relating with one another locally and worldwide to build green spaces where the human family shares in life’s basic needs, and there is no war!
We’ll wear the Borderfree Blue Scarf to remind ourselves that ‘all human beings live under the same blue sky’!

DONATE to the Duvet Project 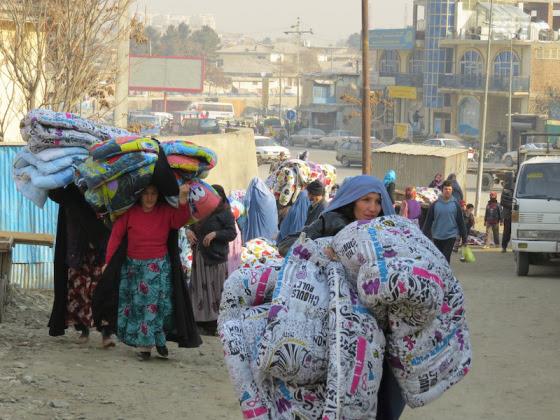 IN THE WINTER OF 2013, 60 Afghan seamstresses – 20 from each ethnic group – saw over 3,000 warm duvets for Kabul’s poor families. By this growing project, the women gets an income och food on the table for the family.
DONATE to the Duvet Project – ORDER Your Borderfree Scarf and become a member of our Borderfree International Community! The seamstresses of APV make thousands of Blue scarves with the words “BORDERFREE” and “bedun-e-marz” (in Dari). Blue as a symbol for the same blue sky above us all. Borderfree, a response to Prof Noam Chomsky’s speech at (Beirut, Lebanon on June 14, 2013): “For decent human survival in a world that has no borders.” 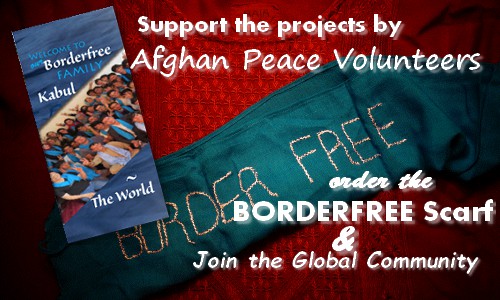 We, the people of the human family,
agree to abolish war.
Like you, we are tired of wars.