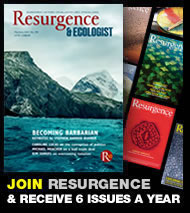 EU-US Transatlantic Trade and Investment Partnership will give more power to corporations at the expense of democracy, the NHS, seed freedom…

You would expect David Cameron, or perhaps Nigel Farage, to be up in arms about it: “Faceless EU bureaucrats threaten to impose laws without the consent of the British people.” But not a word. So why hasn’t the proposed Transatlantic Trade and Investment Partnership (TTIP) between the European Union and the United States aroused the bulldog spirit in defending British sovereignty?

The TTIP is being promoted as a huge economic stimulus for Europe in its current deflationary spiral, worth up to £100 billion in extra growth. It is presented as a free-trade agreement, yet the current level of tariffs on both sides of the Atlantic is so low – currently around 3% – because of common membership of the World Trade Organization that TTIP will have relatively little effect. However, the real aim is to strip away regulations that protect our democracy, our privacy, the environment and food safety, as well as our rights to public procurement, intellectual property and financial reform. Crucially TTIP opens up public services to private companies driven primarily by profit rather than people’s needs.